A long, long time ago an extraterrestrial music companionship landed on planet earth and decided to adopt the conformation of mankind and soon started creating music. Ten years later, after several crew changes and after sending their ship back home with the last separating extraterrestrial the two remaining members decided to stay on earth and become fully humanoid.

The band discribes their music as ’Neue-Niederländische-Welle’, taken from the German ”Neue Deutsche Welle” genre. Their music follows a similar pattern as the NDW which originally derived from punk rock and new wave. The early band had a punk attitude and were highly influenced by rock and wave. The NDW has come to be acknowledged as a forerunner of electroclash, one of the styles the band was influenced by in their later days which also includes indietronic, digital hardcore and 90’s dancemusic. After being a duo for over two years in which a new era with an even more electronic approach has been deployed, the sound became even more intens with a third member to join the band early 2018.

Over the years the band released material on all formats thinkable: vinyl, cd, cassette and some digital releases. Most recent releases are “The Lost in Time Tapes” a tape celebrating the 10th anniversary of the band – an overview of unreleased tracks from the past 10 years – in 2016. May 2017 their track “Zyklus” was released on the “Wave Earplug No.1” compilation LP by Slovakian label 4MG Records.

In 2010 their first song ‘Ruimtevaart Vooruit’ was released on a compilation LP and become a small underground hit, even outside the Netherlands. A remix version by Rude 66, the b-side of the bands first 7” release [EINDPLANEET] on Dutch based label Enfant Terrible did even better and is still spinned by many dj’s in Europe and beyond. In 2012 the band released their first full album CD “Enter” on Wharf Records, and three years later Enfant Terrible released their 2nd 7″ “Ende der Zukunft”.

Half November (2017) their new record “Neue Zyklus” has arrived on a 12″ EP as their 4rd release on label Enfant Terrible and 1 april (2018) they released their second tape on their own ‘Ende der Zukunft’ Label: ‘Crazy Earthlings Collab Tape’, 11 tracks made with some musical friends. Out of this collaboration a new bandmember joined us: Metzger Pat. 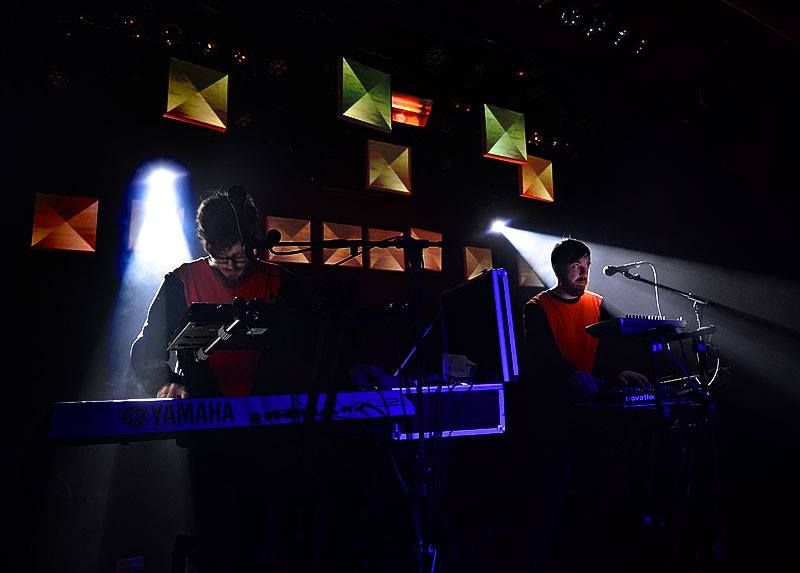 PRESS QUOTES
…[91/100]… …it’s finger-licking good… …Staatseinde put themselves firmly on the electro-world map. The Dutch duo also included a fancy business card with a golden bow logo… (Peek-a-Boo Music Magazine about “Neue Zyklus”)
…their most complete piece of music to date… …a magnificent blend of ulterior pop sounds, with influences coming from as far as industrial and techno…(Juno Records about “Neue Zyklus”)
…what the band also is doing with this tape is presenting their unique synth pop style… influences from Neue Deutsche Welle and touches of Dada pop… from a synth soundscape to a bouncing track… it is all here… (DJ M. about “The Lost in Time Tapes”)
…it comes out winning on all accounts; the wavey rave melodies, the bittersweet bundles of melodies, and those distant vocals… (Juno Records about “Ende der Zukunft”)
…original and classic at the same time… (Maurizio Pustianaz for Chain d.l.k. about “Eindplaneet”)
…het uitermate catchy ‘Ruimtevaart Vooruit’ is het Nederlandse antwoord op ‘Fred vom Jupiter’… (Gonzo Circus about “Ruimtevaart Vooruit”)
…ten points ! Très très prometteur qui mélange les influences qu’on aime : wave to freaky electro avec une touche personnelle… (Musiques Incongrues about “Ruimtevaart Vooruit”)
…Staatseinde = killer addictive melodies and hooky hooks, even the dutch tounge is infectious to non NL speakers!… (Mike Smith, ICG Records UK about “Ruimtevaart Vooruit”)